The Very Reverend Nathan LeRud is the Dean of Portland’s Trinity Episcopal Cathedral, the oldest Episcopal church in the northwestern United States. A fifth-generation Oregonian and native Portlander, Nathan holds a BA in English and Theatre from Whitman College in Walla Walla, WA and an M.Div from the General Theological Seminary in New York City.

He served congregations in Washington, New York and New Jersey before coming to Trinity in 2009 as Assistant to the Dean. In 2011, Nathan was appointed Canon for Spiritual Formation and in 2014 was called to serve as Acting Dean during Trinity’s leadership transition. On January 10, 2016, he was called as Trinity’s Dean. He is married to James Joiner, also an Episcopal priest, and lives in southeast Portland. Nathan enjoys hiking and gardening, German opera, eating James’ cooking and keeping fit. 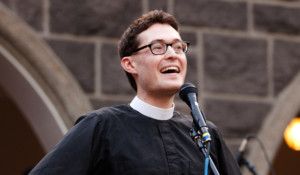 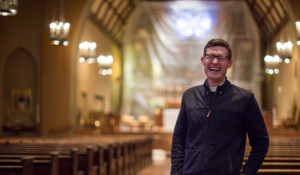