Geshe Lhundub Sopa was the founder and spiritual guide of Deer Park Buddhist Center in Madison, Wiscon. He was a Tibetan Buddhist monk, who was recognized worldwide as one of the great living spiritual masters of the Tibetan Buddhist tradition. He was particularly renowned for maintaining the high standards of scholarly learning while personally embodying the qualities of humility, tolerance and compassion.

Geshe-la was one the last surviving masters to receive most of their scholarly training in Tibet, and one of the first such scholars to teach in a Western university. He was Professor Emeritus of South Asian Studies at the University of Wisconsin-Madison, author of numerous scholarly works on Tibetan Buddhism, founding and emeritus abbot of Deer Park Buddhist Center, and a revered Buddhist teacher, with students in every part of the world. 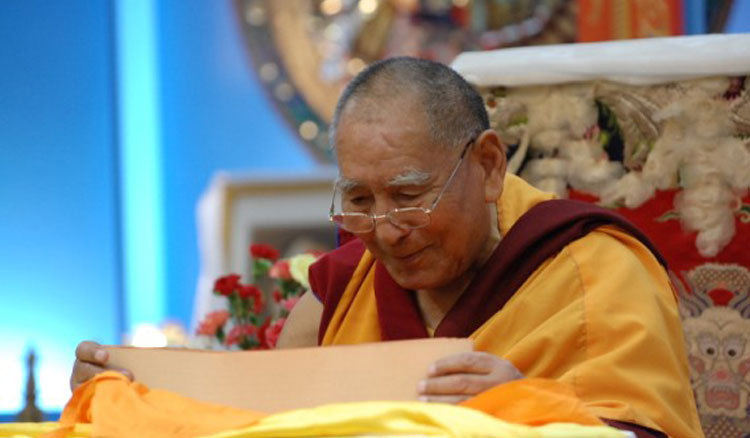 Geshe Sopa in the Jokhang Meditation Hall at Maitripa College 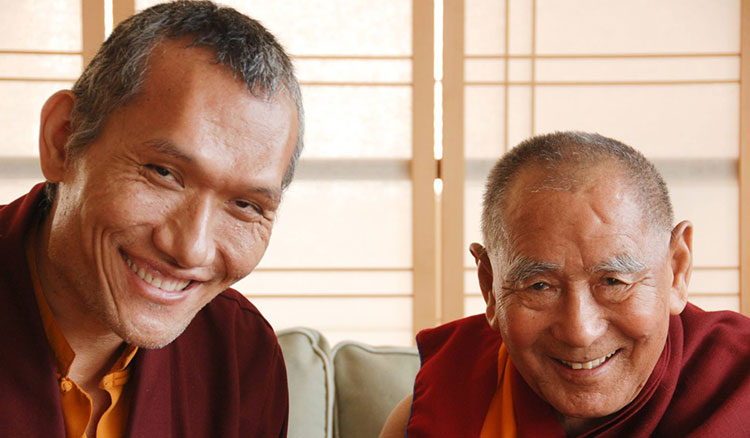 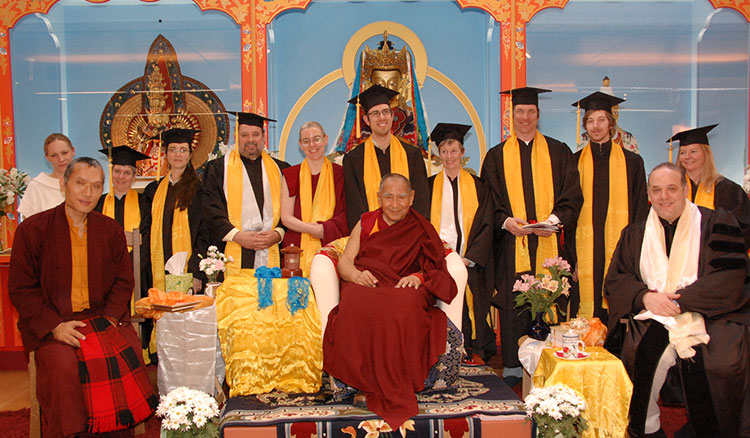 During 2009 graduation ceremony in the Jokhang Meditation Hall. 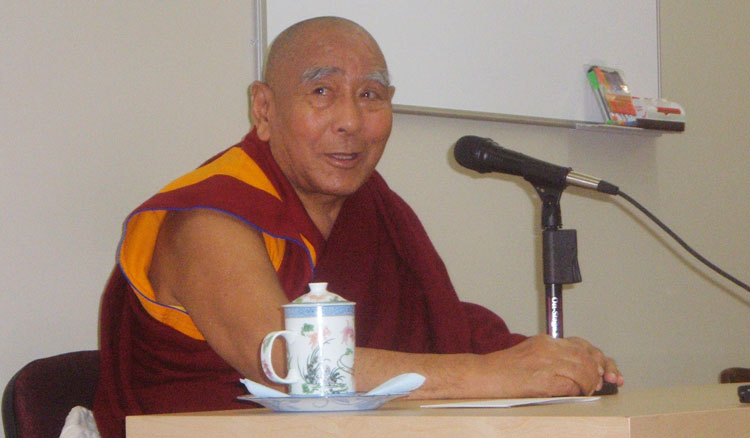 Teaching a class at Maitripa College