For most of March, I found myself stunned by the pandemic and overwhelmed by the steadily rising numbers.  Swamped by the flood of suffering, I found it very difficult to concentrate on meditation. My ability to focus wobbled like a poorly made gyroscope. I found this very disheartening. To recover my ability to meditate, I stopped watching the daily numbers and reading stories in the media and on the internet. While this helped, my meditation did not appreciably stabilize. I kept on, but my time on the cushion grew shorter and, I admit, I was far too easily distracted. The scope of the pandemic was just too great to make sense of, and I needed somehow to find a way to understand it and put it into a Buddhist context.

Finally, I turned my mind to the intellectual and analytical aspects of Buddhist philosophy and quickly saw how the pandemic fit into the precepts. Of course, it was about impermanence, it was about karma, it was about emptiness. I spent time thinking and meditating (or trying to) on those subjects. Until this point, objectifying events provided some distance and a necessary corrective to the overwhelming emotions called up by the scope of the suffering we now face. But such perception sdid not really restore my meditative focus, and I needed to find a way to do that. Until then, it seemed, calm abiding would be out of reach.

In early April, as part of a class that I was taking, I found myself reading through the Dalai Lama’s book, Tantra in Tibet.  There, in the chapter on the Vajrayana, was this line:

As clearly as if someone had lit a lamp in the pitch black darkness, in that simple sentence, I saw both what I needed and what I needed to do. Mind-protection was clearly what I needed. Overwhelmed by the wide array of consequences that this pandemic carries with it, my mind had gotten lost in a thousand distractions, large and small: face-masks or not, how to get groceries safely, shops, hair salons, toilet paper shortages, flour hoarders, parks and playgrounds closed,  gas stations open, the safety of take-out food, children at home for school, working at home, Zoom meetings, travel prohibited, no visitors allowed in hospitals and nursing homes, sports and concerts canceled,  how many new cases, how many deaths, how many new deaths, how many countries, where will the virus show up next?  Even making a very short list of new things we have had to consider is exhausting.

I had already tried to protect my mind by severely limiting my media contact, through intellectual analysis and Buddhist precepts, but with only partial success.  His Holiness the Dalai Lama suggested a new method, a very simple one—mantra practice. At first, it seemed almost too simple, but I carried my mala onto my cushion to give it a try.

All of us have mantras that we like, and I chose the very first one I had learned, the six-syllable mantra: om mani padme hung. I felt a bit foolish going all the way back to the mantra that even children know, but recognizing ego when I see it, I put that feeling aside and began mantra practice, the beads slipping through my fingers.

I’m not sure how many rounds of mantras were said before my mind settled into the easy rhythm of repeated prayers. It was comforting, somehow, and reassuring to relax into that simple prayer, remembering the Compassionate One. At some point, I set my mala aside and found my mind clear, calm and open, ready, at last to step into calm abiding. Mind protection, mantra practice. 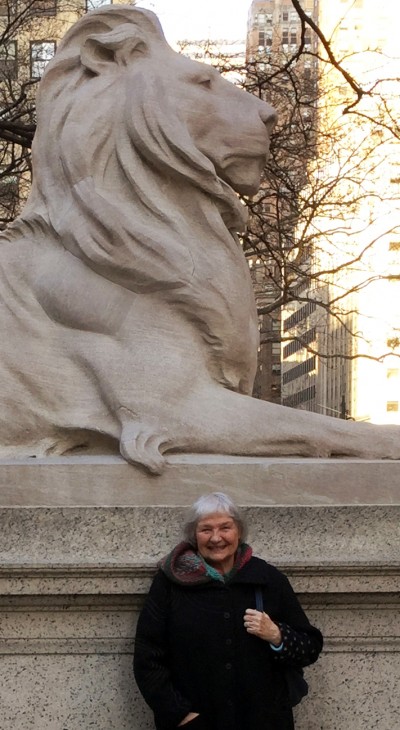 Dr. Jane Robinett graduated from University of Notre Dame.  Dr. Robinett’s teaching and research interests include developmental and advanced composition, narrative and memoir, technology and ethics, and comparative and resistance literature, among others. Her articles, in both English and Spanish, on literature, technology and ethics, and contemporary Latin American fiction, have been published and anthologized in such places as El Nuevo Mundo de la Filosofiá y la Tecnología (Barcelona), James Wright: The Heart of the Light (Ann Arbor), El Otro Laberinto(Costa Rica), among others. Among her publications are This Rough Magic: Technology in Latin American Fiction, “The Narrative Structure of Traumatic Experience,” and “The Return of the Rhetoric of Non-Violence:  The Dalai Lama’s 1989 Nobel Prize Lecture.”  In 1993, she was a Fulbright lecturer in the graduate Literature program at the University of Costa Rica. Now Emerita Professor of Rhetoric and Comparative Literature, she is currently a student in the the M.A. in Buddhist Studies program at Maitripa College, Portland, Oregon USA.