In his approach to teaching meditation, Mingyur Rinpoche integrates traditional Buddhist practice and philosophy with the current scientific understanding of the mind and mental health – making the practice of meditation relevant and accessible to students around the world.

Mingyur Rinpoche is a world-renowned meditation teacher with personal experience of anxiety and panic attacks, which he suffered from throughout his childhood and into his teenage years, when he learned to transform his panic through meditation. Born in Nepal in 1975, Mingyur Rinpoche began to study meditation as a young boy with his father, Tulku Urgyen Rinpoche, himself a well-respected Buddhist teacher.

As a child he became interested in contemporary science through conversations with scientists who were visiting his father, and as he grew older he began to collaborate with neuroscientists and psychologists, including Richard Davidson and Antoine Lutz at the University of Wisconsin, on research projects that study the effects of meditation on the brain and the mind. 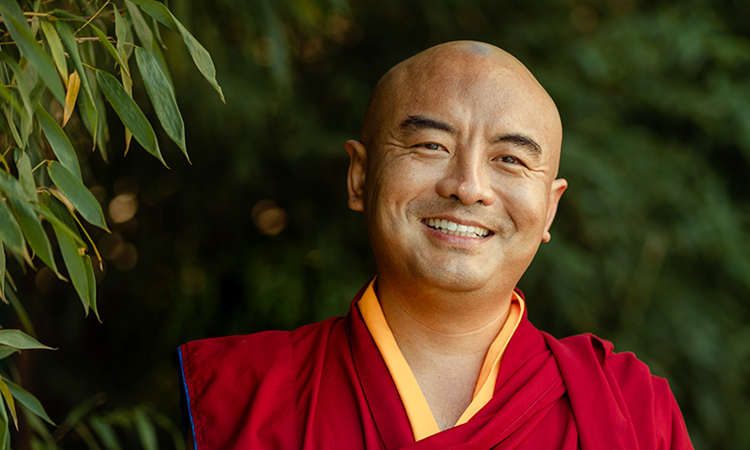