VENERABLE JAMPA GYALTSEN is enrolled in chaplaincy supervisory training at Bridgeport Hospital in Connecticut and as a per diem chaplain for two other hospitals in the area. He enjoys the challenge of chaplaincy to his traditional role as a monastic. He says:

In the monastery, it is assumed that helping others means teaching them, but as a chaplain our role is really different; we have to create space for others to really have their own experience and validate it.

Before coming to Maitripa College, Ven. Jampa thought he might become a scholar, but upon being exposed to the idea of chaplaincy, he felt curious enough to try it out. He also appreciated the way Maitripa College encouraged him to explore who he really wanted to be. This, he says, is very rare in religious communities. Now, in his work as a chaplain, he says that the idea of dependent origination and staying with suffering is quite helpful to his work and that his education really showed him how to be critical and kind at the same time. This has helped him see how to work within his communities in constructive ways. Ven. Jamapa is currently pursuing Board Certification and participates in chaplaincy conferences in the area. 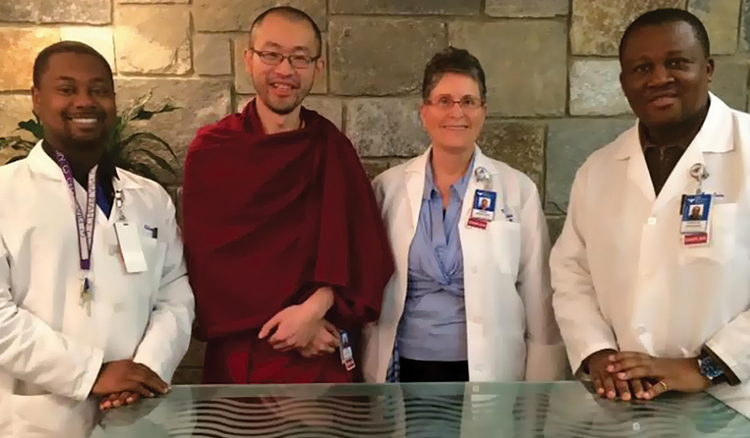