Namdrol Miranda Adams is the Dean of Education and a founder of Maitripa College. Since 1998 she has dedicated her life to the study and practice of the Tibetan language and the Tibetan Buddhist tradition. She has worked extensively with the texts of the tradition as an editor and translator of dozens of publications, has completed the major retreats on the sutra and tantra traditions of the lineage, and was ordained as a Buddhist nun for 7 years. She is currently completing her doctoral work in Educational Leadership at the University of Portland. Her work is focused on contemplative education, pedagogy, and building sustainable and socially responsible institutions of higher education.

Namdrol holds an MA in Education with a focus on Educational Leadership and Policy from Portland State University, and a BA in English Literature from New York University.  She studied the traditional Tibetan Buddhist texts and their commentaries at Deer Park Monastery in Wisconsin from 1998-2003, and has taken courses and teachings in centers and with teachers in Europe, America, and Asia for the past 20 years. Namdrol has worked extensively with the texts of the tradition as an editor and translator; her published works include Wisdom Publication’s Practicing the Path: A Commentary on the Lamrim Chenmo (editor), the Rubin Foundation’s Treasury of Lives (translator, editor), Karmapa 900 (editor), the Lama Yeshe Wisdom Archive’s Kopan Lam Rim Courses, and more.

She has worked as the assistant of Yangsi Rinpoche since 2000. She has worked for the past decade with the faculty, staff, and board of Maitripa College to develop curriculum for graduate students that is contemporary, culturally relevant, and simultaneously rooted in tradition. Her own graduate work focused on contemplative education, service learning curriculums, and building sustainable and socially responsible institutions of higher education. She also worked as a lead organizer on the 2013 visit of the Dalai Lama to Portland. 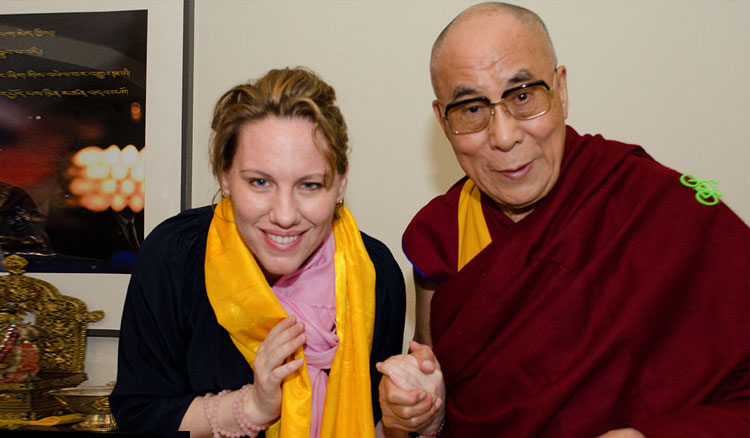 Namdrol with His Holiness the Dalai Lama during the 2013 Environmental Summit hosted by Maitripa College. 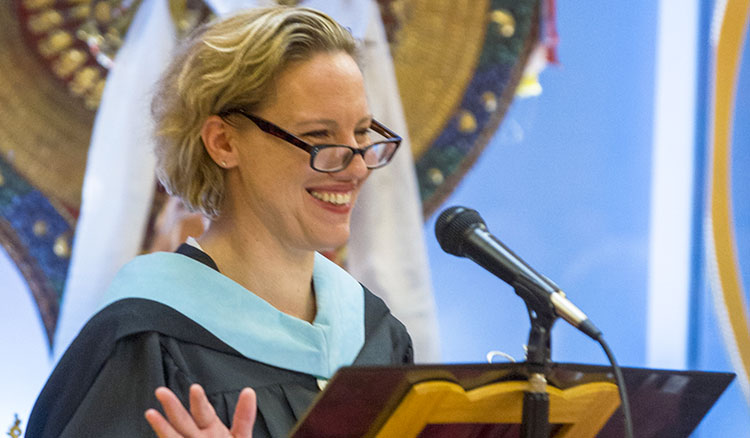 During graduation ceremony in the Jokhang Meditation Hall. 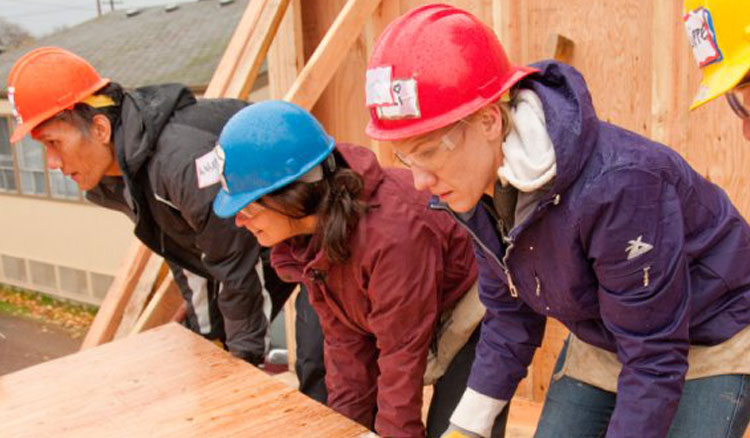 Compassionate Service with Habitat for Humanity 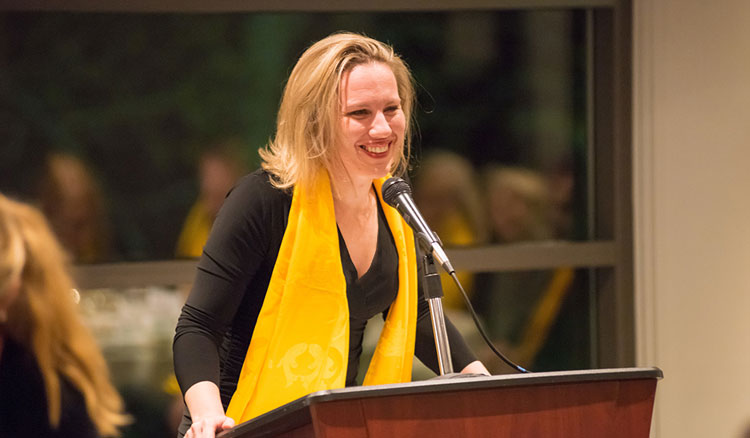