Leigh Miller, PhD, is Director of Academic and Public Programs at Maitripa College.  She completed a PhD from Emory University with the dissertation Contemporary Tibetan Art and Cultural Sustainability, based on research conducted with artists in Lhasa over a ten year period, including a year and a half of ethnographic field work in Tibet as a Fulbright scholar.

Leigh began her study of Tibetan Buddhism, language, history and culture in 1996, when she attended teachings by His Holiness the Dalai Lama and Geshe Sopa before living a year in Nepal, including a lamrim retreat at Kopan Monastery. Between 1996-2006, she studied, worked, and traveled in Tibetan communities in Nepal, India, and in the three regions of Tibet for a total over more than three years. Leigh previously worked for Drepung Loseling Monastery, Inc. in Atlanta, and is currently Director of Academic and Public Programs at Maitripa College, where she continues to study and practice BuddhaDharma. 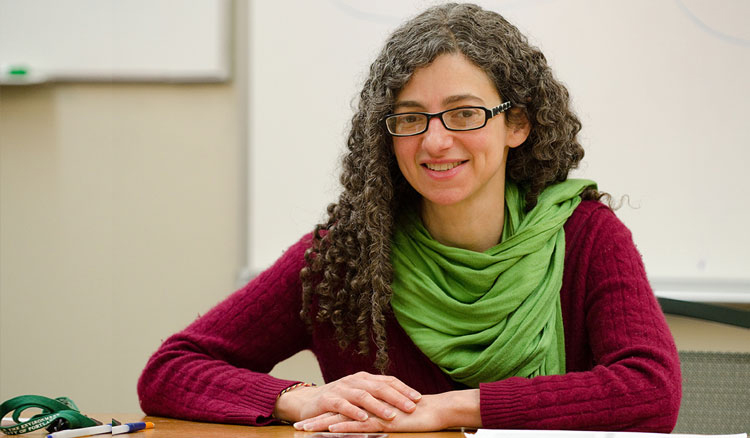 Leigh in the classroom. 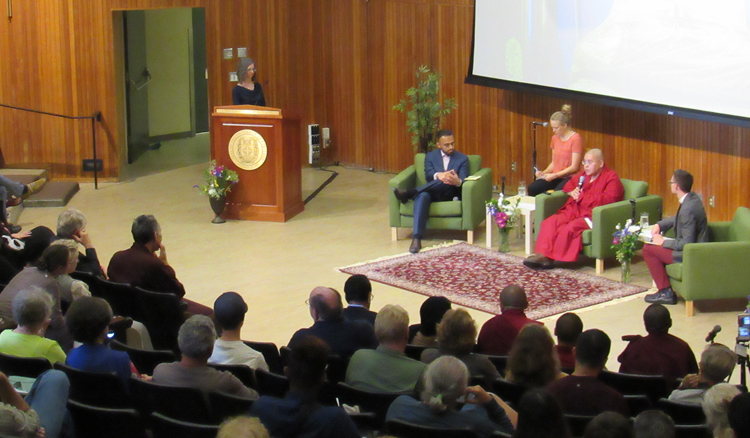 Moderating Interfaith Conversation with Ling Rinpoche, Hosted by Maitripa College at the University of Portland, 2018 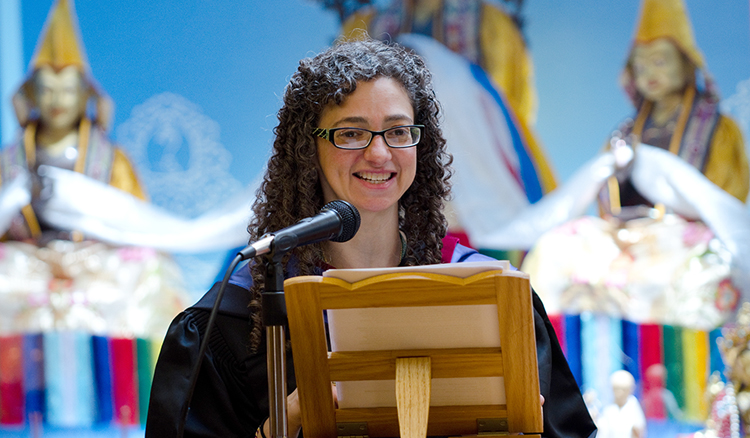 During graduation ceremony in the Jokhang Meditation Hall.

Teaching an art history class on Contemporary Tibetan Art and Cultural Sustainability at the University of Colorado, Boulder, 2016.