Born in Tibet in 1934, Rinpoche was ordained as a monk at the age of seven. He entered Sera Jey monastery at seventeen and obtained his Geshe Lharampa degree in 1979. Following this, he entered Gyume Tantric University and two years later became Master of Discipline.

In 1985 His Holiness the Dalai Lama appointed him abbot of Gyume Tantric Monastery, a position he held for 6 years. Since then he has taught extensively in India and the West. In 2010 he was appointed to the position of Jangtse Choje, Successor to the Seat of Ganden Tripa. 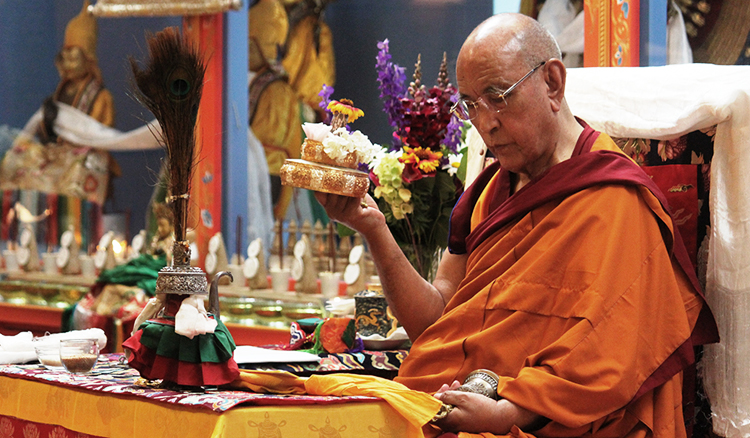 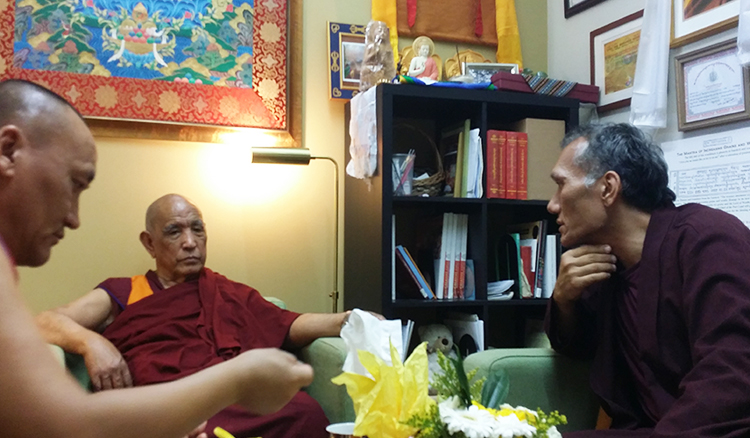