DAVID REEB, an MDiv alumnus and former IT professional, became a student at Maitripa College for the expressed purpose of learning how to be a better human being. Reflecting on his plans after graduation, he noted:

I’m considering doing something in the helping professions such as counseling, chaplaincy, social work, etc. But it could just as easily be something in the non-profit or activism world. Rather than focus on my “career,” I’d rather focus on my purpose for being at Maitripa College: to learn how to be a better human being. My plan for using this education is to do just that.

Attending Maitripa College is like going to a trade school for a skill set that doesn’t restrict me to any one job or even field of work. I’m not worried about the role so much as how I’ll fill that role and interact with others while I’m in it. 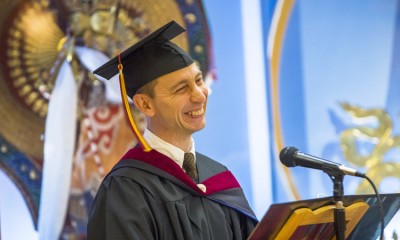