Daryl Dunigan is a Maitripa College alumnus and leads Discovering Buddhism courses for the community.

Daryl became interested in yogic traditions that utilize the rational mind on the path to spiritual development after clearly experiencing some of the benefits of yoga asana practice. He graduated with an MA in Philosophy from Loyola Marymount University in 2004 where he became familiar with the benefits and limitations of Western philosophical discourse regarding the range of human experience. Fortunately, one of Daryl’s extraordinarily kind yoga teachers suggested he look into Buddhism and noted that a Buddhist college was starting up in Portland, Oregon. After some research into the Buddhadharma and with a strong desire to effect positive change in his inner world Daryl moved to Portland in 2007 to begin studies at Maitripa College (formerly Maitripa Institute).

On the basis of his studies at Maitripa and with the guidance of Yangsi Rinpoche, Daryl embarked on a nine-week retreat in the Everest Region of Nepal. Upon his return in April of 2013, Daryl began integrating his experience on retreat with life in the little big-city. Aside from meditating and studying the Dharma, Daryl enjoys life outside. He climbs rocks, rides bikes and hikes for recreation. Daryl dreams of helping develop a culture of meditation in the West that allows us to gracefully move beyond the strictures of our highly fragmented and individuated society.

Yangsi Rinpoche has asked Daryl to teach at Dharma Friendship Foundation in Seattle and Discovering Buddhism at Maitripa. 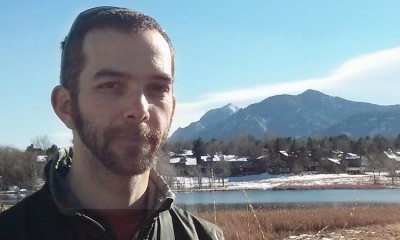