Damchö Diana Finnegan, PhD
After a career as a journalist based in New York and Hong Kong, Damchö Diana Finnegan ordained as a Buddhist nun in 1999. In 2009, she received her PhD from the University of Wisconsin-Madison, with a thesis on gender and ethics in Sanskrit and Tibetan narratives about Buddha’s direct female disciples in the Mūlasarvāstivāda Vinaya.
After completing her dissertation she worked closely with the 17th Gyalwang Karmapa, Ogyen Trinley Dorje, serving as co-editor on various publications, including Interconnected: Embracing Life in a Global Society and The Heart Is Noble: Changing the World from the Inside Out.

In 2007, she co-founded Dharmadatta Nuns’ Community (Comunidad Dharmadatta), a community of Spanish-speaking Buddhist nuns, based first in India and later in Mexico. Together with the other Dharmadatta nuns, she leads a large Latin American community with a commitment to gender and environmental justice as part of its spiritual practice.
At the same time, Damchö continues to participate in academic circles, presenting at conferences, editing books, and engaging in various research projects. The most recent publication on which she collaborated, a translation from Sanskrit and Tibetan of the manual for conferring full ordination to women, is forthcoming from Hamburg University’s Numata Center for Buddhist Studies.
Damchö has served as a board member of Maitripa College since its founding in 2005. 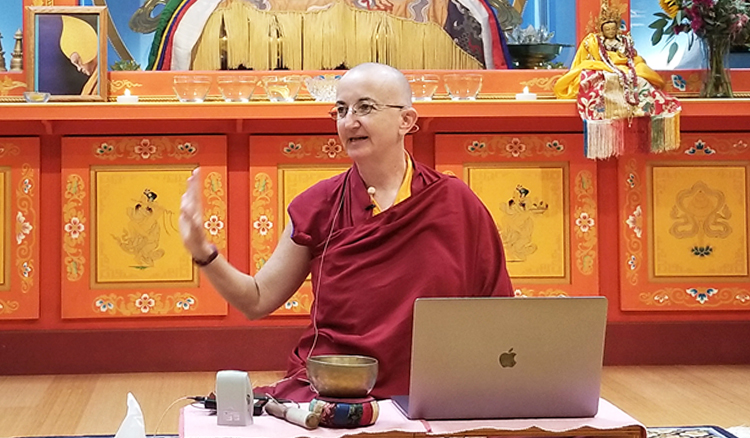 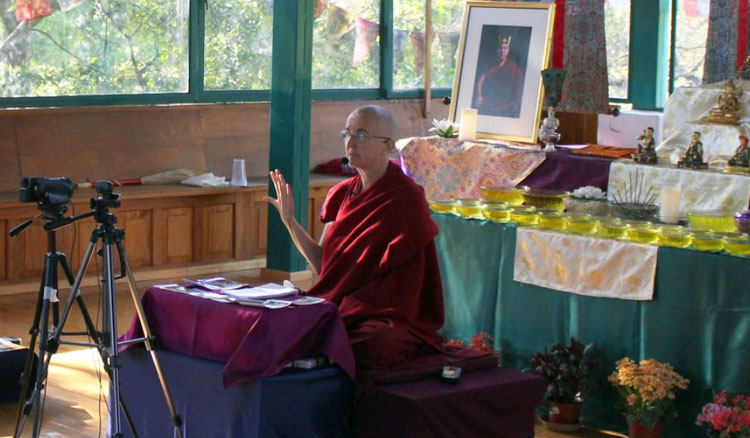