Roberta Raine began making tsa tsas in 1999 after having been given a tsa tsa commitment by Lama Zopa Rinpoche. The next year, Lama Zopa Rinpoche appointed Roberta director of the Tsa Tsa Studio/Center for Tibetan Sacred Art, an FPMT center dedicated to the practice. She was director of the center for five years, running its educational program and teaching the practice to students.

The center closed some years later, but Roberta has continued to make tsa tsas and teach the practice to others. Roberta has been a student at Maitripa College since 2016. 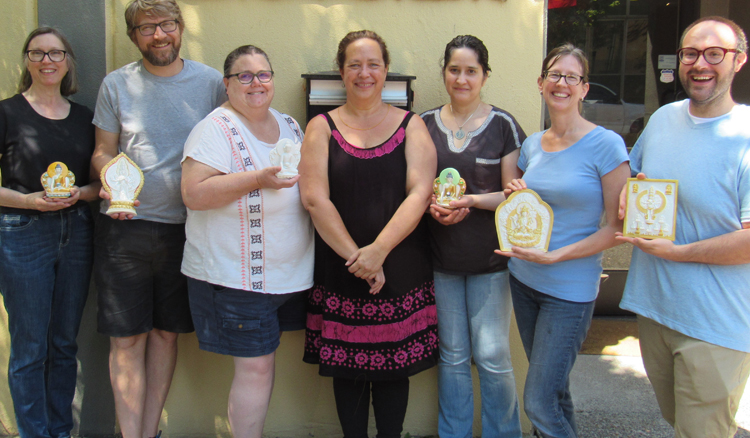