Continue the work of taking the essence.

Explore the complex, and changing, status of women in relationship to Buddhist doctrine and practice, historically and in modern times. Join three powerful female Buddhist voices in seeking and articulating the path of empowerment, wisdom, and love truly for the benefit of all.

The Buddhist community has always consisted of monks, nuns, laymen, and laywomen, in that order. The question of women’s place and standing within Buddhism has, throughout, remained a problematic, contentious, and sometimes confusing one, as the historical Buddhist traditions seem to offer simultaneously liberative and oppressive perspectives on women.

During this course, we will investigate the complex, and changing, status of women in relationship to Buddhist doctrine and practice. We will approach our study through the lens of examining some of the social constructs of Buddha’s time into today, as well as through the lens of examining the position that the tradition takes in relationship to the question of the inherent capacity of women, and offer some ideas for an interpretive framework to come to understand how to relate to this. We will end by looking at some examples of exemplary Buddhist women practitioners, in the past and in contemporary times. This course will use contemplative pedagogy as well as traditional pedagogical methods for learning. 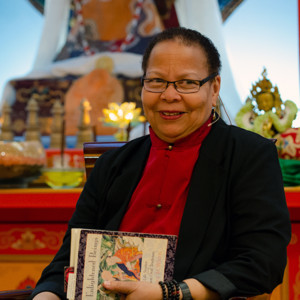 Jan Willis, PhD, is professor emerita of religion at Wesleyan University, where she taught courses in Buddhist religion and philosophy since 1977. She is one of the earliest American scholar-practitioners of Tibetan Buddhism, having studied Buddhism with Tibetan teachers for more than forty years, including as one of the first western students of Lama Thubten Yeshe. Dr. Willis discovered dharma as a path to healing the trauma of racism growing up in the segregated south, and has forged paths for the integration of Buddhism and social and political justice. She is the author of the memoir Dreaming Me: Black, Baptist, and Buddhist (2001) and scholarly and popular works on Buddhist meditation, hagiography, women and Buddhism, and Buddhism and race. She has been on short lists and profiled by Time, Ebony, and Newsweek.  >more 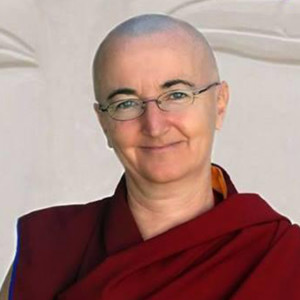 Lhundup Damchö, PhD, has served as a board member of Maitripa College since its founding in 2005. A student of Geshe Lhundup Sopa, her abbot, Lama Zopa Rinpoche, and Yangsi Rinpoche, she received her PhD in 2009, with a thesis on gender and ethics in Sanskrit and Tibetan narratives about Buddha’s direct female disciples, entitled “For the Sake of Women, Too: Ethics And Gender in the Narratives of the Mūlasarvāstivāda Vinaya.” Since 2009, Damchö has lived part of the year in India participating in the life of a nuns’ community there, serving His Holiness the 17th Karmapa, Ogyen Trinley Dorje, on various projects, and engaging in various Spanish-language Dharma initiatives. Although the bulk of her time is now divided between India and Latin America as a teacher and translator, Damchö continues to participate in academic circles, presenting at conferences, editing books, and engaging in collaborative research projects.  >more 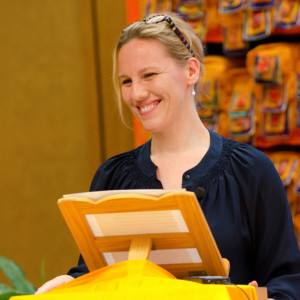 Namdrol Miranda Adams is the Dean of Education and a founder of Maitripa College. Since 1998 she has dedicated her life to the study and practice of the Tibetan language and the Tibetan Buddhist tradition. She has worked extensively with the texts of the tradition as an editor and translator of dozens of publications, has completed the major retreats on the sutra and tantra traditions of the lineage, and was ordained as a Buddhist nun for 7 years. She is currently completing her doctoral work in Educational Leadership at the University of Portland. Her work is focused on contemplative education, pedagogy, and building sustainable and socially responsible institutions of higher education. >more

PHL303: Madhyamaka Philosophy: Where Is the Middle Way? with Yangsi Rinpoche and Bill Magee, PhD

CS301: Who We Are and Who We Serve with Namdrol Adams