March 25-27: One Teacher, Many Traditions

March 25-27: One Teacher, Many Traditions
In this weekend symposium, join two preeminent Buddhist teachers, Venerable Thubten Chodron and Bhante Seelawimala, for presentations, discussions, and guided meditations exploring fundamental Buddhist topics from the perspectives of two different major traditions. Full details below and links for tickets below!

This event is now closed – thank you to all who made it a great success!

Please join us for a remarkable weekend event: Buddhisms in Dialogue with Ven. Thubten Chodron and Bhante Seelawimala. Please register early to reserve your space!

(see below for ticket options)

This session will explore through teachings and meditations the paramis (Pali)/ paramitas (Sanskrit), the perfections by which one attains awakening, including generosity, ethical conduct, joyous effort, meditative stability, love, compassion, equanimity, and wisdom.

This session will explore the wisdom/ insight aspect of the path as well as a discussion of nibbana/ nirvana and the possibility of enlightenment.

This session will explore diverse ways in which adherents past and present live as Buddhists in the world. Topics – which may include meditation and ritual, monasticism, contemporary ethical and social commitments, etc. – will illustrate how Buddhists put their faith into practice.

Maitripa College expresses our deep gratitude to Wisdom Publications for their generous sponsorship of this event.

$200: Conference patrons receive reserved seating, a copy of Buddhism: One Teacher, Many Traditions signed by the conference speakers, and our special thanks

$125: General Admission includes a copy of Buddhism: One Teacher, Many Traditions

Please email Leigh Miller, [email protected], with the financial offering that is within your means.

One Teacher, Many Traditions: Buddhisms in Dialogue with Ven. Thubten Chodron and Bhante Seelawimala 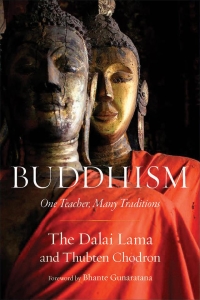 Following the release of the Dalai Lama’s Buddhism: One Teacher, Many Traditions, co-author Venerable Thubten Chodron will engage in a weekend of dialogue and meditations with Bhante Seelawimala exploring Buddhism’s diversity and unifying values, hosted by Maitripa College.

Siddhartha’s Enlightenment and teaching of the dharma in India 2,500 years ago originated what has grown into a religion with over 500 million adherents worldwide. For hundreds of years in countries across Asia, people have studied Buddhist philosophy and practiced meditation and rituals that have evolved into distinctive lineages, representatives of which brought Buddhism to the West in the twentieth century. Once fairly isolated from each other’s monastic communities and teachers, contact between various Buddhists is now inevitable in global modernity, and dialogue more critical than ever before. What do these traditions believe about each other? What are their doctrinal commonalities, and how do lineages diverge and offer unique contributions to the Buddhisms that can be encountered today?

In this weekend symposium, join two preeminent Buddhist teachers, Venerable Thubten Chodron and Bhante Seelawimala, for presentations, discussions, and guided meditations exploring fundamental Buddhist topics from the perspectives of two different major traditions. The spread of the Buddha’s teachings from India to Sri Lanka and southeast Asia formed the Theravada branch with a canon based on Pali language sutras, while the later spread of Buddhism north to China, Korea, Japan, and Tibet was based upon Sanskrit language sutras and the Indian and indigenous commentaries upon them, forming the Mahayana branch of Buddhism.

Venerable Thubten Chodron, representing the Sanskrit (Mahayana) tradition, was ordained in 1977 in the Tibetan tradition and received full bhikshuni ordination vows in Taiwan in 1986. She is the Founder and Abbess of Sravasti Abbey, a Tibetan Buddhist monastery, is a prolific author of scholarly and general public books, and teaches Buddhism and leads retreats worldwide. >more

Bhante Seelawimala, representing the Pali (Theravada) traditions, was ordained in Sri Lanka at the age of 10, and was the first youth to be simultaneously educated in monastic and secular schools. Since 1976, Bhante Seelawimala has been a Professor of Theravada Buddhism at the Institute of Buddhist Studies and Graduate Theological Union, affiliated with University of California, Berkeley, and is the Founder and Spiritual Director of the American Buddhist Seminary. >more 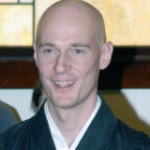 rde has been practicing at Dharma Rain since 1998, was ordained in 2002 by Gyokuko, and completed transmission in 2012. He has been heavily involved in the operations side of temple function and in residence for most of this time; practice and work at the temple is his full time occupation and avocation. Kakumyo currently serves Dharma Rain as a teacher, the Kanin (Director of Operations and Development), and as Co-Abbot Pro Tem.

Other Ways to Support the Dharma at Maitripa College

Light Offerings can be made at the Jokhang Meditation Hall at Maitripa College. Participants at events may make light offerings for loved ones that will be dedicated for the healing or well being of individuals or the recently deceased, or in honor of special occasions such as a birth or anniversary. Light offering requests may be made at any time online: please click here for details.

Maitripa College offers dharma programs to the public as part of our mission to sustain and share the wisdom traditions and practices of the Buddhist lineages, but this entails significant expenses. Contributions towards current and future programs can be made here online, or in the donation boxes at Maitripa College.
[email protected]2016-12-21T16:43:21-08:00